The Gospel According To Juror #612 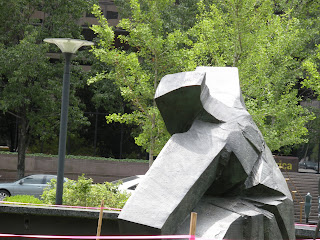 Jury duty was another reminder to take care of myself. The case centered on a 69-year-old man who, in the words of the defense, had a complicated medical history, smoked more than a pack of cigarettes a day in addition to being a frequent consumer of beer. His last stint in the hospital was for femoral bypass surgery. He had several diagnoses including, peripheral vascular disease, chronic obstructive pulmonary disease and had previously undergone surgery for carotid stenosis.

I spent seven days with people who, before that point, had been total strangers. If I had to be on jury duty, this crew was the one to endure civic duty.

I leave you with some words from the woman who sat next to me in "the box:"


After we were dismissed from the trial, there was a brief break in the rain as we walked to the parking garage. I told juror #612 that, if it started raining again, we could make a run for it to which she responded, "Now we sat up there and watched you eat Greek yogurt; I'm not running. I don't even run to the bathroom when I have to use it badly."

Another juror, #635, told me that if anyone dies of soda consumption, she might just be the one and she would, happily, go gentle into that good night if soda is the cause...

During our last meal together, I asked Juror #635 if she were an abuser since she told me that her husband had scrambled to cut the grass the previous day when she arrived home early. He thought she was angry because she didn't kiss him before she left. Only, she was running late and, therefore, no time for a parting kiss.

I had my suspicions that #635 might be a nipple-twister à la Carrie in The King of Queens (03:25) but, really, the cross-examining had just gotten to me at this point and I was starting to suspect people of all manner of crimes and I had so many objections that it wasn't even funny. 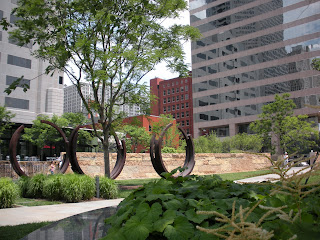 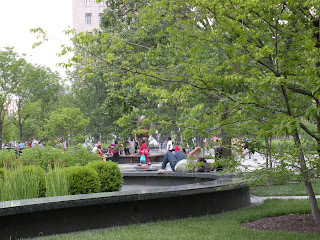 Climbing with a bent arm will sap your energy very quickly...


Keep your bum into the wall as you climb.

from "How To Improve at Indoor Rock Climbing" at WonderHowTo


Using the big toe is key to climbing footwork
. 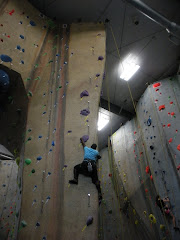 Climber (after double checking): "On Belay"

Belayer (once slack is taken up): "Belay On"

Climber (when climber is ready): "Climbing"

Belayer (when belayer is ready): "Climb On"

Climber (ready to rest or at the top): "Take"

Belayer (after taking up slack): "Got ya"

Climber (ready to be lowered): "Lower Me" 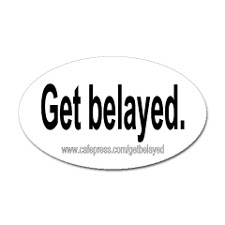 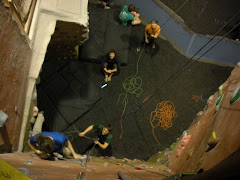 What happens between the climber and the belayer prior to climbing and belaying; lack thereof may result in complications.

from Mock Rock: The Guide To Indoor Climbing 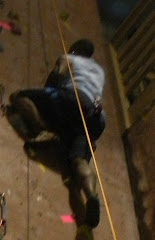 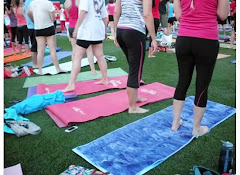 Try to keep one eye in the water.

Keep your head on the same plane as your body.

If it is in the wrong position, soon everything else will be, too.

In swimming as in life, you gotta get your head in the right place.

from Breathing While Swimming by Coach Dee, Excel Triathletes Blogspot

The greater the distance between your finger tips and your toes, the better.

Have Goggles, Will Swim, The Complete Idiot's Guide to Triathlon Training 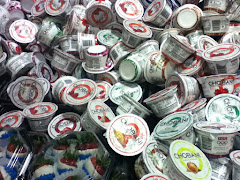 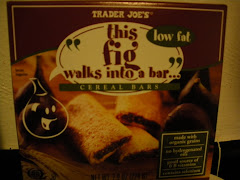 -from The Best Life Diet by Bob Greene

To climb fluidly and under control, you must settle in and relax.

from How To Rock Climb! by John Long


Put your weight on them (feet), trust them, and utilize them to save your strength by resting on them... Feel stuck? Look for a foot hold, exhale, and move to it.


from Mock Rock: The Guide To Indoor Climbing

There's no such thing as too much cardio.

Brandi, former trainer at the YMCA 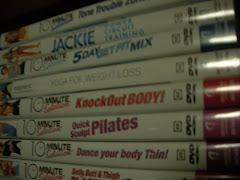 Climbing is a dangerous sport. You can be seriously injured or die...

"You just need to pull away from the damn table..." 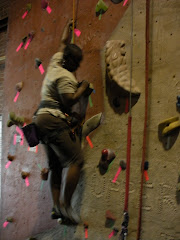 I blog. You blog. We all blog.